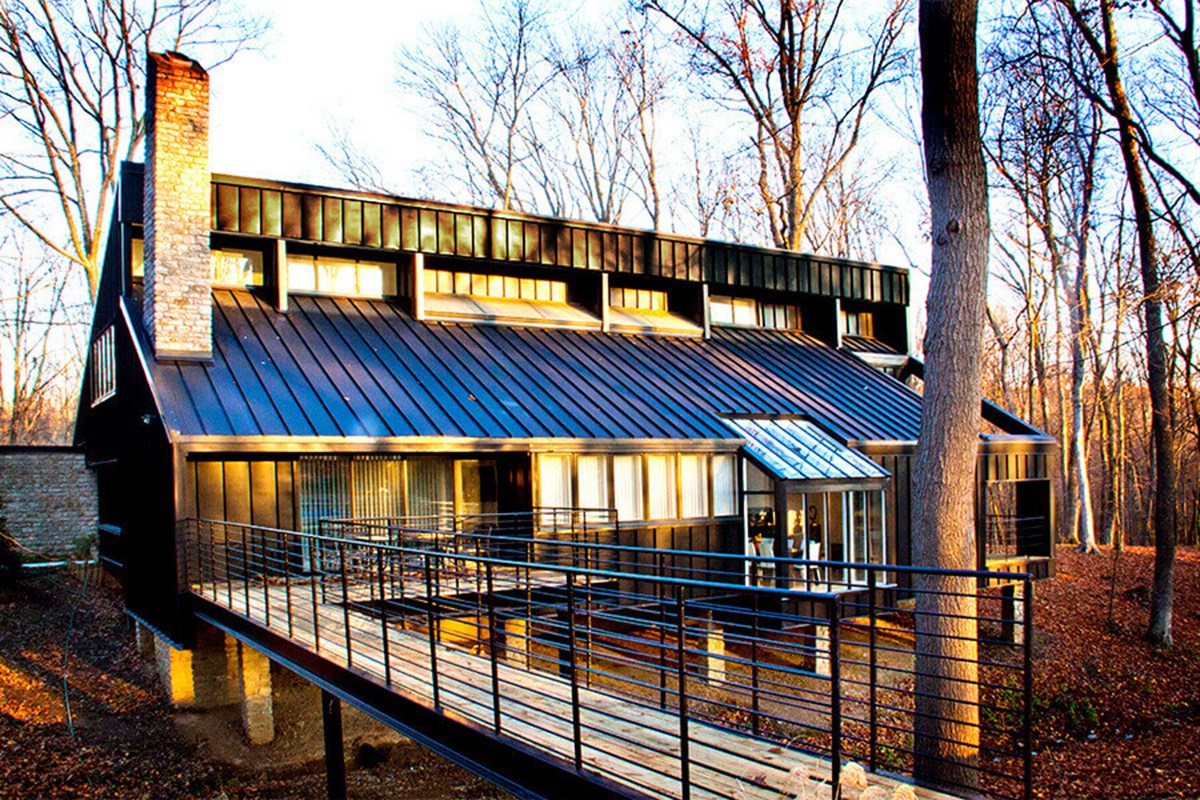 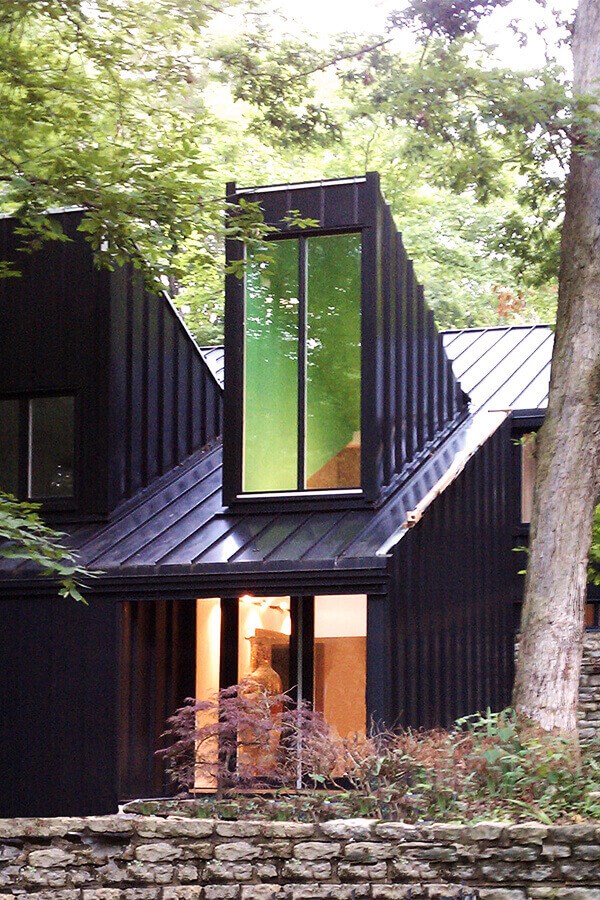 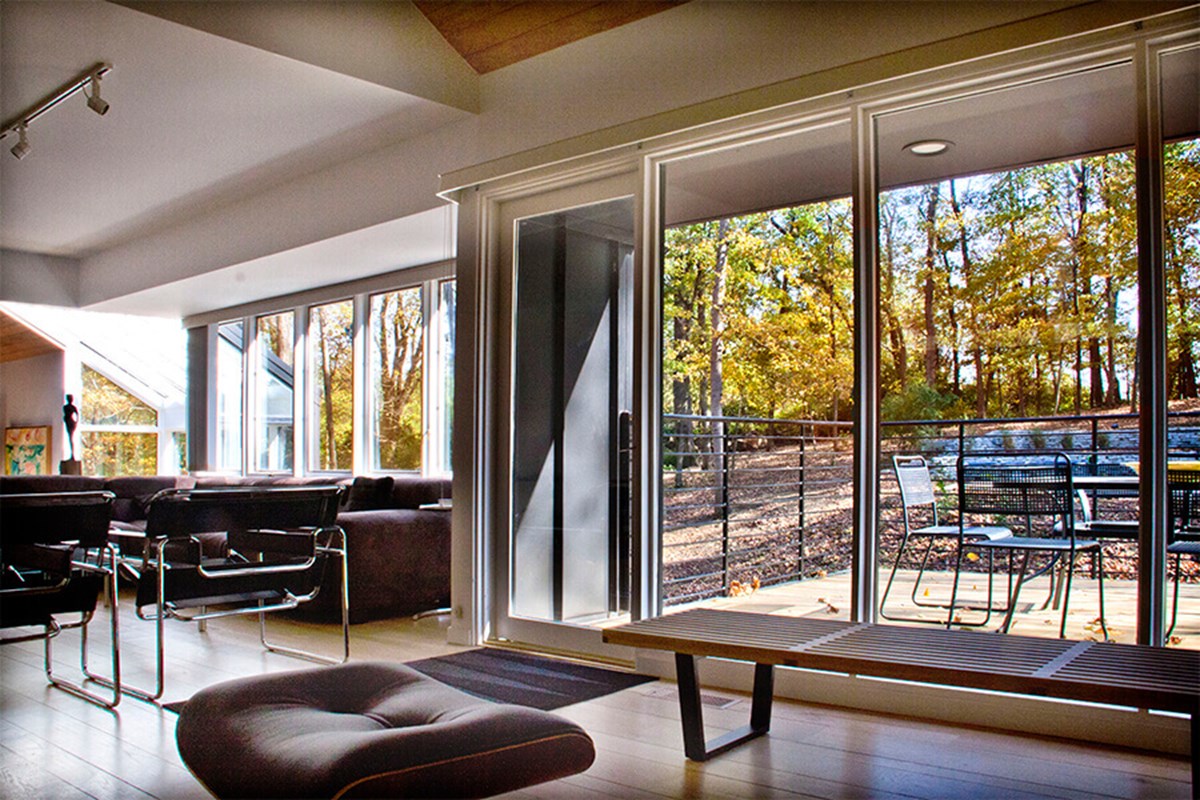 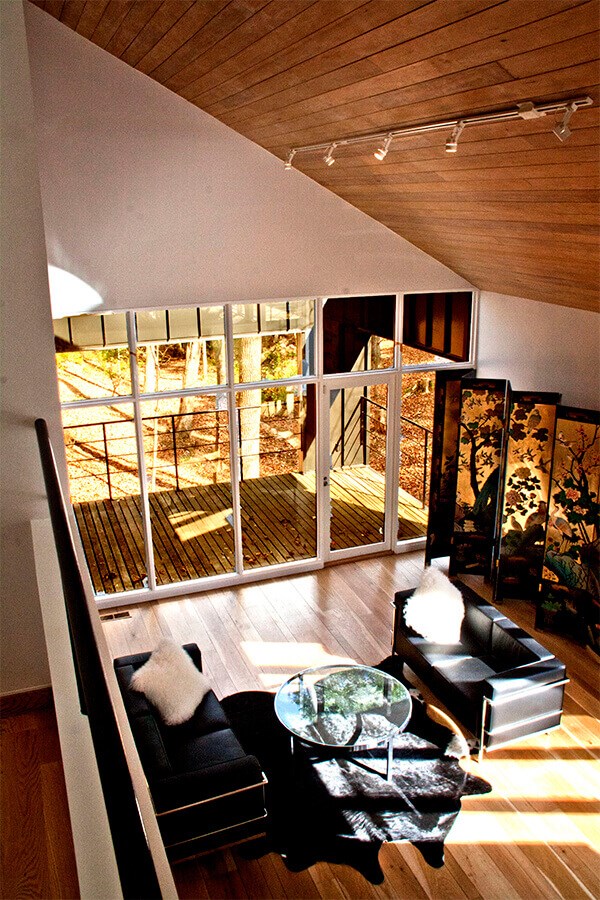 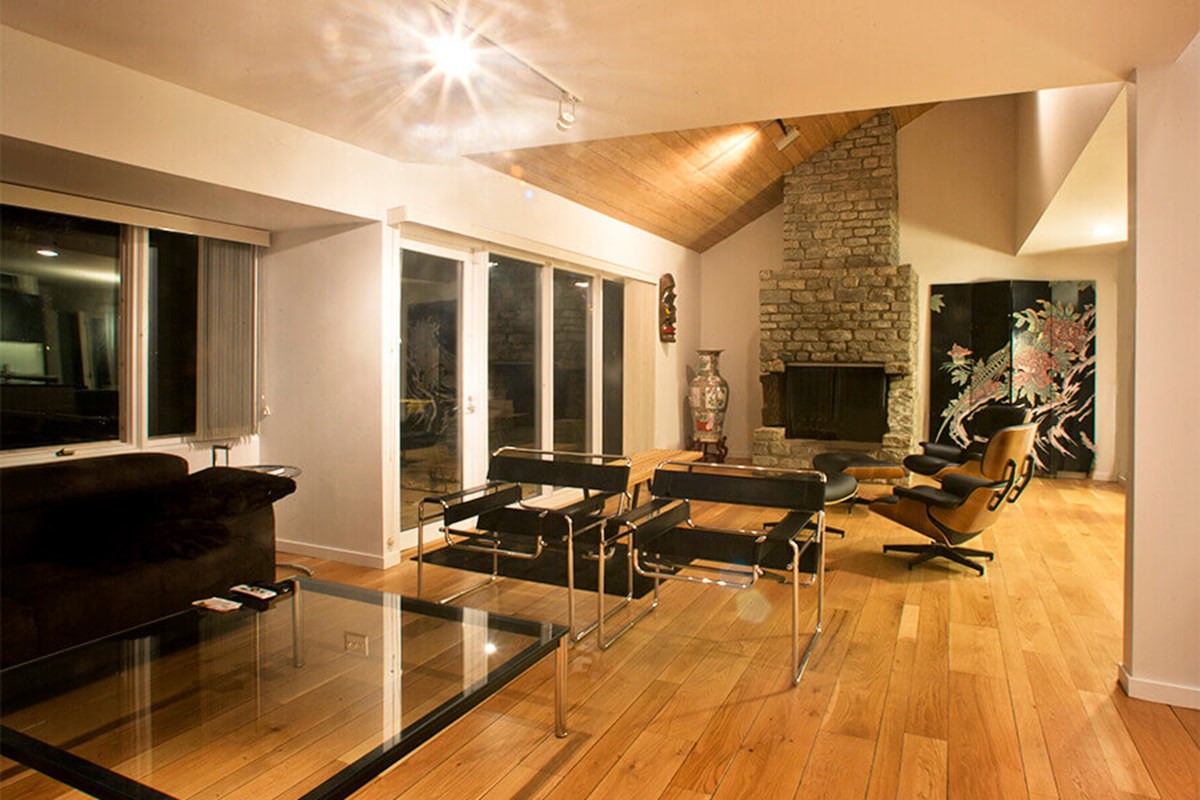 After many years of neglect, most interested parties who toured this wooded-setting contemporary deemed the property a tear down.  Wooden decks had torn away from the sides of the house, windows were shattered, broken pipes had flooded some of the floors, and the siding was full of rot.  In fact, during the new owner’s first visit to the home, originally designed by Carl Strauss in 1974, a large family of raccoons was found to have taken up residency within the walls.  However, we recognized the inherent value of the house’s “bones,” the beauty of its form and how perfectly it nestled in the woods, and saw the potential for a worthwhile renovation.

Spaces were reassigned so that the formal living room and dining room became continuous, allowing the once-small family room to expand into what was previously the dining area.  Two first floor bedrooms were combined to create a new master suite.  At the entry a larger area with a clerestory was added to emulate the existing forms of the original design.  In addition to delineating the entrance, this new area provided a larger welcoming point/transition space in lieu of what used to be a corridor space.